Business Central deployed with your data, configured and ready to go in 1 week

I WANT TO KNOW MORE!

Our goal in creating these extensions is to simplify and enhance your professional applications so that you really get the most out of your solution.

Configure and process this tax conveniently.

Enter invoices into the system quickly and easily.

Do not filter by dimensions, simplify the process.
MORE INFORMATION

Is your ERP solution outdated?

Don’t worry, our consultants will work with you to find out where the weaknesses and limitations of your current system are and give you the best solution for your business.

We can set up, install and maintain ERP 365 Business Central, a future-proof cloud solution to help you focus on the business instead of your systems.

Business Central SaaS allows you to manage, finance, sales, projects, people and accounts under the same system, so you can make better decisions with one goal… to increase your growth!

News, updates and useful information about Business Central in the cloud

You will receive only one email per month

We will not bother you with third party advertising

Of course, you can unsubscribe at any time

We take you through the concept step by step

What is 365 Business Central?

It covers from start to finish the needs of the different areas of the company in an integrated way with each other at all times.

What role do extensions play?

A Microsoft Dynamics 365 Business Central extension is an additional application developed to help improve an existing process or to cover a part that the base application did not cover.

Is a development the same as an extension?

No, they are not the same.

Traditionally, developments used to be programmed by “directly modifying” the code base so that the system would do what the user wanted. But the implication that this change in the base could have in the face of a version upgrade was rarely taken into account.

An extension, on the other hand, is also programmed to meet a user’s expectation and need; but, unlike a development, the focus is on never modifying the code base, but on “extending/extending” it, in such a way that the standard application will never be affected in its own updates by incompatibility with the extensions.

In short, extensions have come to replace developments.

How can I download and install an extension for Business Central?

From the Microsoft AppSource platform, the Dynamics 365 business application shop, you can download and install the application you need to add or improve an existing one.

In essence, it’s very similar to the way our smartphones that we all have in our pockets work. If we need to improve or add a new feature to our phones, we go to our corresponding App Market, choose it and install it without the need for a third party. 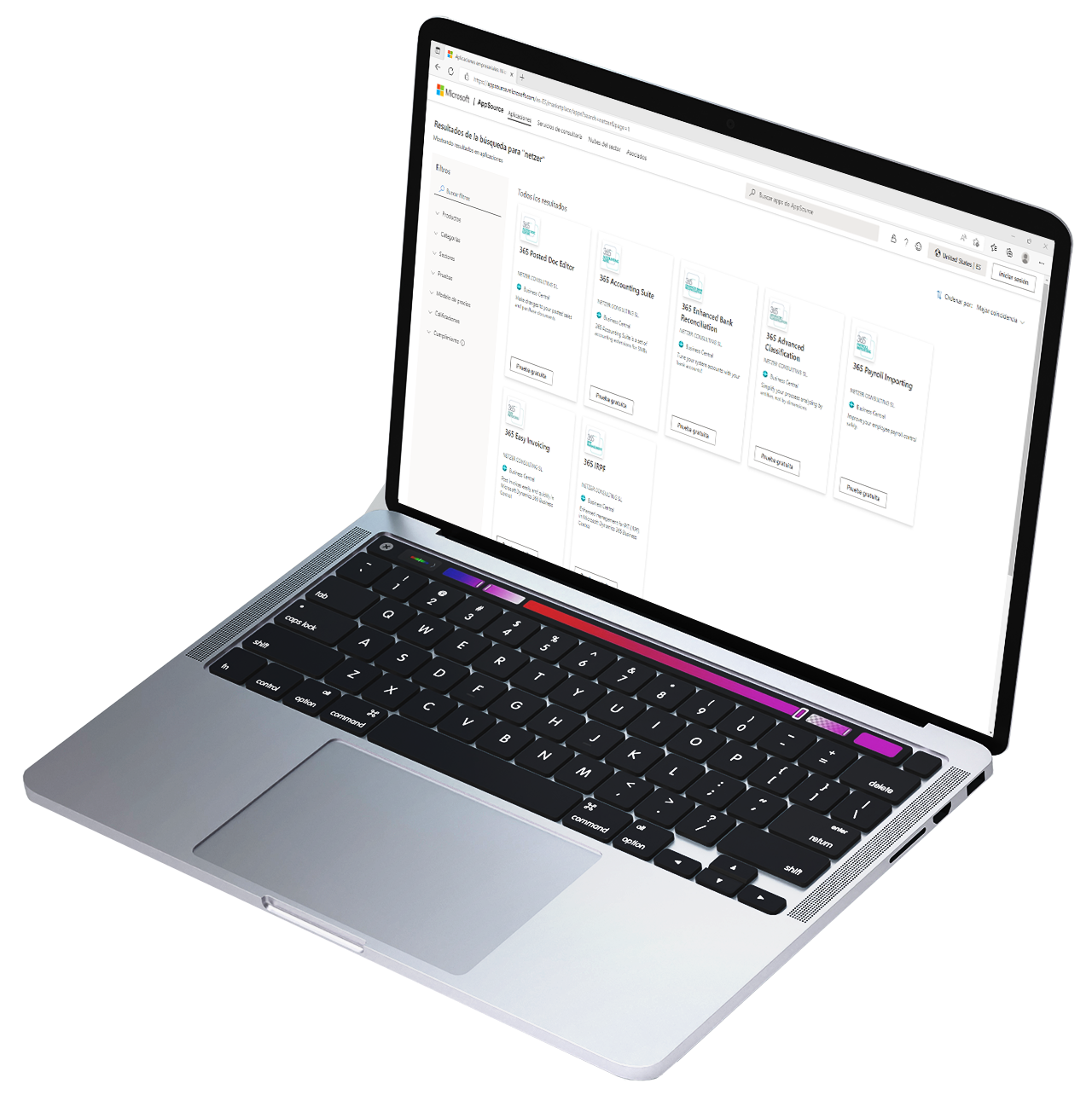 Fill in your details below and one of our consultants will contact you to find out how we can help you.

You can find out more about which cookies we are using or switch them off in settings.

This website uses cookies so that we can provide you with the best user experience possible. Cookie information is stored in your browser and performs functions such as recognising you when you return to our website and helping our team to understand which sections of the website you find most interesting and useful.

Strictly Necessary Cookie should be enabled at all times so that we can save your preferences for cookie settings.

This website uses Google Analytics to collect anonymous information such as the number of visitors to the site, and the most popular pages.

Please enable Strictly Necessary Cookies first so that we can save your preferences!